SciLynkCuriously Exploring Science
Home Biology Who are the Recipients? - The Nobel Prize in Medicine 2018
BiologyBlogVideos

Who are the Recipients? – The Nobel Prize in Medicine 2018

The 2018 Nobel Prize in Physiology or Medicine has been awarded by The Nobel Assembly at Karolinska Institutet jointly to  James P. Allison of M. D. Anderson Cancer Center, United States and Tasuku Honjo of Kyoto University Institute for Advanced Study (KUIAS), Japan for their work for their discovery of cancer therapy by inhibition of negative immune regulation. 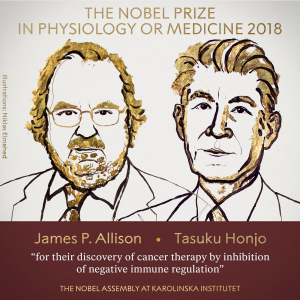 Cancer kills millions of people every year and is one of humanity’s greatest health challenges. By stimulating the inherent ability of our immune system to attack tumor cells this year’s Nobel Laureates have established an entirely new principle for cancer therapy.
James P. Allison studied a known protein that functions as a brake on the immune system. He realized the potential of releasing the brake and thereby unleashing our immune cells to attack tumors. He then developed this concept into a brand new approach for treating patients.
In parallel, Tasuku Honjo discovered a protein on immune cells and, after careful exploration of its function, eventually revealed that it also operates as a brake, but with a different mechanism of action. Therapies based on his discovery proved to be strikingly effective in the fight against cancer.
Allison and Honjo showed how different strategies for inhibiting the brakes on the immune system can be used in the treatment of cancer. The seminal discoveries by the two Laureates constitute a landmark in our fight against cancer. 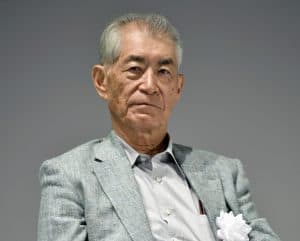 Tasuku Honjo, born 27 January 1942 is a Japanese immunologist, and Nobel laureate best known for his identification of Programmed Cell Death Protein 1 (PD-1). He completed his M.D. in 1966 from the Faculty of Medicine, Kyoto University, wherein 1975 he received his Ph.D. in Medical Chemistry under the supervision of Yasutomi Nishizuka and Osamu Hayaishi. After studying in the US, he was an assistant professor at the Faculty of Medicine, University of Tokyo between 1974 and 1979, and served as Professor and Chairman of the Department of Genetics, School of Medicine, Osaka University between 1979 and 1984. He was elected as a foreign associate of the National Academy of Sciences, USA in 2001, as a member of German Academy of Natural Scientists Leopoldina in 2003 and also as a member of the Japan Academy in 2005. He is a member of Japanese Society for Immunology and served as its President between 1999 to 2000. Honjo is also an honorary member of American Association of Immunologists. Since 1984 he has been a faculty member of Kyoto University, and in 2017 he became Deputy Director-General and Distinguished Professor of Kyoto University Institute for Advanced Study (KUIAS). 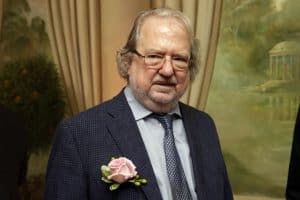 James Patrick Allison, born 7 August  1948, is an American immunologist and Nobel laureate who holds the position of professor and chair of Immunology and executive director of immunotherapy platform at the M. D. Anderson Cancer Center. Allison earned a B.S. in microbiology from University of Texas, Austin in 1969, where he was a member of Delta Kappa Epsilon fraternity. He earned his Ph.D. in biological science in 1973, also from UT Austin, as a student of G. Barrie Kitto. His discoveries have led to new cancer treatments for the deadliest cancers. He is also the director of the Cancer Research Institute (CRI) scientific advisory council. In 2014, he was awarded the Tang Prize in Biopharmaceutical Science.

Here’s a video of the announcement of the prize:

Keep following the articles in the series “The Nobel Week” to be updated of the newest laureates in the nobel community.