SciLynkCuriously Exploring Science
Home Physics Who are the Recipients? - The Nobel Prize in Physics 2018
BlogPhysicsVideos

Who are the Recipients? – The Nobel Prize in Physics 2018

The Nobel Prize in Physics 2018 was awarded by The Royal Swedish Academy of Sciences “for groundbreaking inventions in the field of laser physics” with one half to Arthur Ashkin “for the optical tweezers and their application to biological systems”, the other half jointly to Gérard Mourou and Donna Strickland “for their method of generating high-intensity, ultra-short optical pulses”. 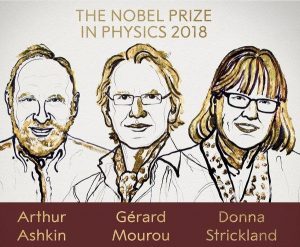 The inventions being honoured this year have revolutionized laser physics. Extremely small objects and incredibly rapid processes are now being seen in a new light. Advanced precision instruments are opening up unexplored areas of research and a multitude of industrial and medical applications.

Arthur Ashkin invented optical tweezers that grab particles, atoms, viruses, and other living cells with their laser beam fingers. This new tool allowed Ashkin to realize an old dream of science fiction – using the radiation pressure of light to move physical objects. He succeeded in getting laser light to push small particles towards the centre of the beam and to hold them there. Optical tweezers had been invented.

A major breakthrough came in 1987 when Ashkin used the tweezers to capture living bacteria without harming them. He immediately began studying biological systems and optical tweezers are now widely used to investigate the machinery of life.

Gérard Mourou and Donna Strickland paved the way towards the shortest and most intense laser pulses ever created by mankind. Their revolutionary article was published in 1985 and was the foundation of Strickland’s doctoral thesis.

Using an ingenious approach, they succeeded in creating ultrashort high-intensity laser pulses without destroying the amplifying material. First, they stretched the laser pulses in time to reduce their peak power, then amplified them, and finally compressed them. If a pulse is compressed in time and becomes shorter, then more light is packed together in the same tiny space – the intensity of the pulse increases dramatically.

The innumerable areas of application have not yet been completely explored. However, even now these celebrated inventions allow us to rummage around in the microworld in the best spirit of Alfred Nobel – for the greatest benefit to humankind. 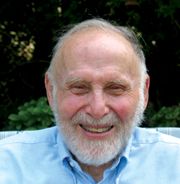 Arthur Ashkin, born 2 September 1922, is an American scientist and Nobel laureate who worked at Bell Laboratories and Lucent Technologies. He started his work on manipulation of microparticles with laser light in the late 1960s which resulted in the invention of optical tweezers in 1986. He attended Columbia University and was also a technician for Columbia’s Radiation Lab tasked with building magnetrons for U.S. military radar systems. He finished his course work for his physics degree at Columbia and then attended Cornell University. He studied nuclear physics there. This was during the era of the Manhattan Project and Ashkin’s brother, Julius Ashkin, was successfully part of it. This led to Arthur Ashkin’s introduction to Hans Bethe, Richard Feynman, and others who were at Cornell at the time. He received his PhD at Cornell and then went to work for Bell Labs at the request and recommendation of Sidney Millman. Previously, Mr. Millman was Ashkin’s supervisor at Columbia University. At Bell Labs from 1960 to 1961 Ashkin started working in the microwave field, and then switched to laser research. 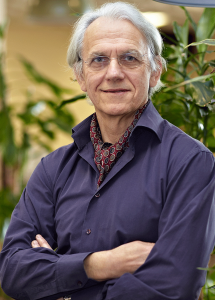 Gérard Mourou is a French pioneer in the field of electrical engineering and lasers and Nobel laureate. He has been the director of the Laboratoire d’Optique Appliquee at the ENSTA (Palaiseau, France) and is a professor at the École Polytechnique (Palaiseau, France). He was the founding director of the Center for Ultrafast Optical Science (CUOS) at the University of Michigan in 1990. In 1994, Mourou and his team at the University of Michigan discovered that the balance between the self-focusing refraction (see Kerr effect) and self-attenuating diffraction by ionization and rarefaction of a laser beam of terawatt intensities in the atmosphere creates “filaments” which act as waveguides for the beam thus preventing divergence. In the 2000s, the dappled in amateur filmmaking, starring in a publicity video for the Extreme Light Infrastructure (ELI). 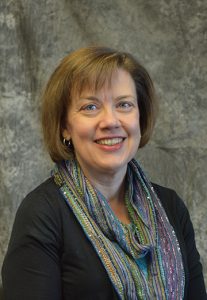 Donna Theo Strickland, born 1959 in Guelph, Canada is a Canadian professor who is a pioneer in the field of lasers. She is the third woman to win the Nobel Prize in Physics. She won the prize for the work she did as a Ph.D. student. The technique she developed with her Ph.D. advisor, Gérard Mourou, called chirped pulse amplification. Strickland graduated with a B.Eng in Engineering Physics from McMaster University and obtained her Ph.D. in Physics (optics) at the University of Rochester in 1989. Strickland is an associate professor at the University of Waterloo, where she leads an ultrafast laser group that develops high-intensity laser systems for nonlinear optics investigations. In her professional capacity, she has served as the vice-president (2011) and the president (2013) of the Optical Society and was a topical editor of the journal Optics Letters from 2004 to 2010.

Here’s a video of the announcement of the prize:

Keep following the articles in the series “The Nobel Week” to be updated of the newest laureates in the nobel community.