Goosebumps : What’s the Science behind it?

If you feel a sudden, uncontrollable chill when you’re afraid, cold or emotional, why do you get goosebumps? Ever thought of that? This is because our biology made it so.

Thousands of years ago, before we were designated homo sapiens, we were once in need of more primitive biological responses to help us deal with outside forces. Our bodies responded to threats with subtle mechanisms developed through millions of years of evolution. This, involuntary responses, such as goose bumps, were formed.

So how do goosebumps work, exactly?

Goose bumps occur when the muscles below the skin tighten to make the hair stand up on end. This involuntary response within the body is often caused by cold temperature fluctuations, as well as strong emotional responses like fear.

The sudden response of goose bumps has therefore been ingrained into our human biology from birth. Early humans were much hairier creatures than we are today. Back when our early primate ancestors were fully covered in hair from head to toe, the instant chill of goose bumps served a greater purpose. When encountering a threat, the rush of adrenaline known as the “fight or flight” response caused the muscles beneath the hair to contract, so that the hair stood on end.

This instant response helped our hairy ancestors appear larger in the same way that a cat’s hair bushes up when frightened to spook enemies. The mechanism behind the response is that, with a larger appearance, we are more likely to scare off the enemy instead of being attacked as prey.

In addition to making us look bigger and more intimidating to predators, goose bumps served a second purpose; keeping us warm.

Before we became “bald” primates, humans were covered in hair. You’ll notice goose bumps occur when it’s cold out, as a human response to make us warmer and lock in heat by making our hair stand on end. This involuntary biological response was developed in the early days when we were much hairier creatures. Now, the response seems less beneficial to the body temperature, and more an involuntary reminder that it’s cold out.

Today, the reflex of goose bumps is one that serves no real purpose — as each use of the “chills” as a means for survival has become obsolete over the course of evolution.

Since humans are no longer as hairy as they once were, goose bumps are more an everyday physical thrill that gives us a rush than a mechanism to fight off predators or combat cold weather. 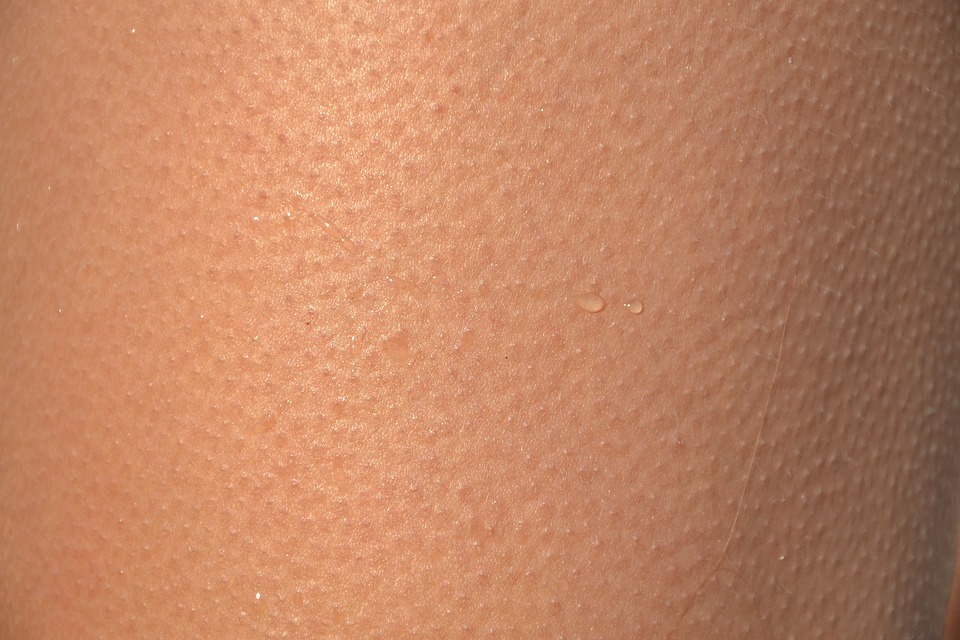 What About Music ‘Chills’?

Okay, so it makes sense that we get goose bumps when we’re cold or afraid. But what about those other “chills” we sometimes get, like when we get goosebumps from listening to music, for example?

If goosebumps are a natural human response to fear, then why do we feel them when we hear a moving musical piece? Listening to powerful music often provokes an emotional response in the listener. Any strong emotion has the potential to raise goosebumps, such as joy, sadness, nostalgia and sexual arousal. Out of all the psychological responses though, goosebumps favor emotions of sadness and melancholy.

The feelings of sadness experienced by those listening to music occur because they associate the melody with a past memory. Often these past memories are strongest when they pertain to negative emotions associated with things like breakups or the death of a loved one. These melancholy memories are actually the very thing that causes us to have goosebumps — so the music itself acts as a catalyst to remind us of our fears.

Our strongest emotional responses have a direct effect on the hypothalamus — the hormone distributor that controls our heart rate and responses such as sweating and goosebumps. Since chills are experienced as a product of our emotional responses, many have researched why humans developed such an immediate reaction to emotion.

One researcher believes this emotional response to the loss of a loved one may reflect an early biological mechanism humans developed when separated from a family member. The fact that such an intense psychological response is ingrained into our involuntary reactions means that it may have once served this important purpose at the time of its origins.